VENINI PROTAGONIST OF TWO EXHIBITIONS AT THE STANZE DEL VETRO

You are here:
News & Media > VENINI PROTAGONIST OF TWO EXHIBITIONS AT THE STANZE DEL VETRO

VENINI PROTAGONIST OF TWO EXHIBITIONS AT THE STANZE DEL VETRO 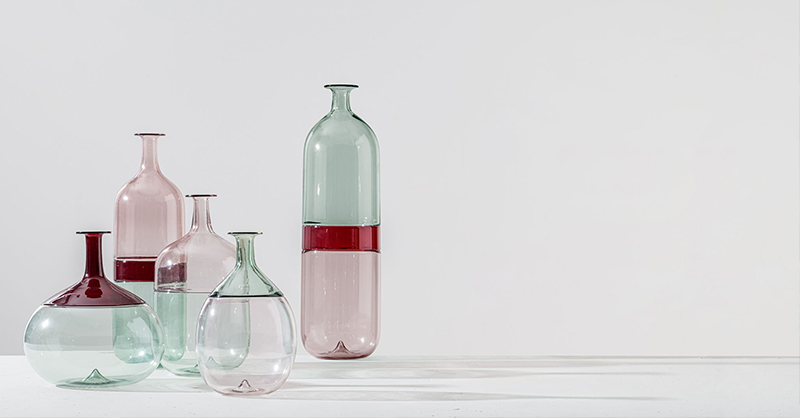 In 2021, the year in which the historic Fornace di Murano celebrates its centenary, LE STANZE DEL VETRO will propose a special project curated by Marino Barovier: Tapio Wirkkala at VENINI and Toni Zuccheri at VENINI Two exhibitions at LE STANZE DEL VETRO that will be open to the public, on the Island of San Giorgio Maggiore, from November 21, 2021 to March 13, 2022.

These are two separate and parallel exhibitions in the same space that, through 200 glass works, tell the Murano experiences of two great artists present in the Venini fornace, both at the same time and at different times, especially in the second half of the sixties: Tapio Wirkkala and Toni Zuccheri. Each of them, with their strong personality, contributed to characterize the production of the glassworks which, in those years of great transformation, not only was able to propose new models without renouncing the use of color, despite the fact that at that time in Murano the use of crystal glass was predominant, but also managed to respond to the new needs of essentiality coming from the world of design. 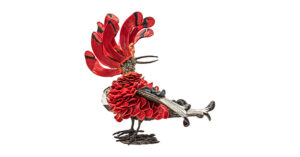 TAPIO WIRKKALA AT VENINI
The famous Finnish designer Tapio Wirkkala made his debut at the Venice Biennale in 1966 where the elegant results of his work could be appreciated. Strong of an experience in the world of Nordic glass at the Iittala manufacture, Wirkkala combined his culture with the typical Murano workmanship, from which he remained fascinated, that offered him new expressive possibilities: he gradually became familiar with the filigree technique and with the “discovery” of color, he often used the incalmo technique for the execution of polychromatic manufactures in transparent glass, putting side by side different colors, mainly with cold tones, but also with lively notes. They are an example, among the others, the Jellyfish made in submerged filigree, the Pianissimo vases, the Gondoliers, with essential shapes such as the Coreani and the very famous Bolle, these last series destined to a great consensus. Characteristic of his research is also the use of large murrine, which he used in particular for the execution of a series of plates. In a continuous work, the following series were born from further experiments with the use of molds, especially in the new plates, and from variations on the theme of filigree often combined with opaque glass.

SUGAR TONES AT VENINI
The experimentation on the glass material and on the working processes are the distinctive notes of Toni Zuccheri who, while still an architecture student, came to Venini called to give shape to a glass bestiary, presented at the 1964 Biennial. They are ducks in polychrome glass together with unprecedented animals in glass and bronze (turkey and guinea fowl) to which an original hoopoe with countless feathers executed hot and sculptural value was added. This first bestiary is flanked by some series of vases that demonstrate Zuccheri’s investigation on the possibilities of transparency, followed in the following years (1967-68) by new opaque glassware with intense colors and organic lines, inspired by the vegetable world (Tronchi, Ninfee
(Tronchi, Ninfee, Scolpiti). From the end of the seventies the glass bestiary
Since the late seventies the glass bestiary has been enriched with new models, confirming Zuccheri’s interest in this theme, never taken for granted. Of great interest is also the work that the artist does during the sixties on thick glass for the realization of the famous large windows for and with the architect Gio Ponti.

In the image, the suggestive creation Upupa by Toni Zuccheri.