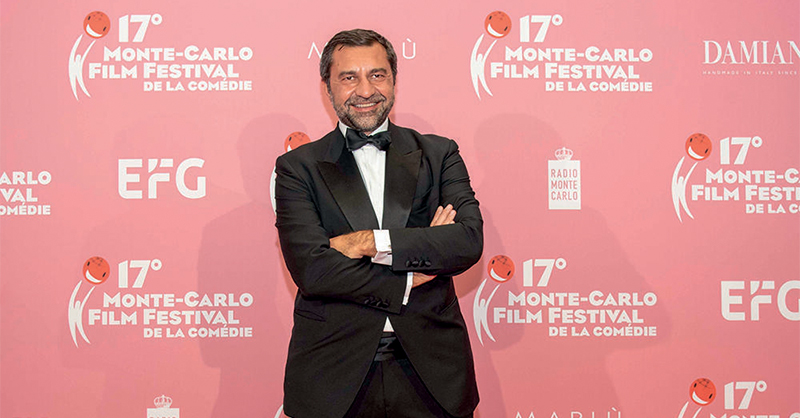 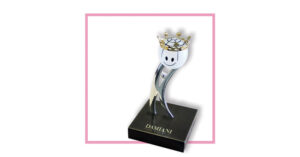 “High-End Jewelry and the Great Cinema:
an everlasting bond that has given birth to
extraordinary stories and mutual inspirations.”
Giorgio Damiani – Vice President of the DAMIANI Group

Renowned around the world over for its fine creations, the high-end jewelry Maison has always had a special rapport with the world of Cinema: Sharon Stone, Tilda Swinton, Jennifer Aniston, Gwyneth Paltrow and Brad Pitt, not to mention Italy’s very own Isabella Rossellini and Sophia Loren, are just some of the great icons who have selected Damiani to celebrate their successes. Over the years, the Maison’s jewels have also starred in successful movies such as Angels & Demons and Inferno by Ron Howard, Fading Gigolo, A Bigger Splash, The Blind Side, Breaking Dawn Pt. 2, I Am Love by Luca Guadagnino, and Paolo Sorrentino’s drama tv serie, The New Pope.

For the 17th Montecarlo Film Festival de la Comédie, Damiani has created the exclusive trophies that were presented, during the awards ceremony on 10 October, to national and international celebrities such as Alessio Lapice and Sabrina Impacciatore, the composer and conductor Andrea Morricone and the Oscar- winning screenwriter and film director Nick Vallelonga.