An exclusive trophy designed by Venini for Accademia del Profumo

You are here:
News & Media > An exclusive trophy designed by Venini for Accademia del Profumo

An exclusive trophy designed by Venini for Accademia del Profumo 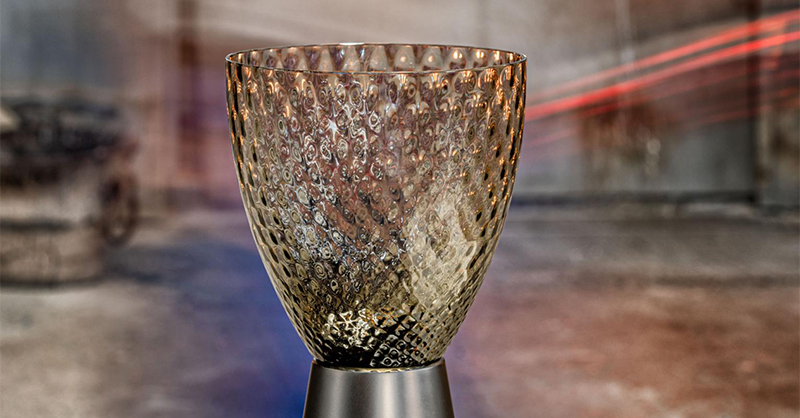 The handcrafted creation is composed of two parts that express a vibrant aesthetic contrast. The upper part, taupe-coloured, is crafted using the “Balloton” technique: during this process the glassmaker uses a metal mould fully covered on its interior with a fine mesh of stud-like, pyramid-shaped points with a square base. In the blowing phase, the glass completely fills the void of the mould which in turn gives it a particular crossed-relief optical effect: the resulting decoration, with its suggestive texture and matelassé appearance, makes the object truly unique. The base of the creation is instead made of metal with a brushed finish.