You are here:
News & Media > Damiani has recently celebrated both the opening of the fifth Boutique in Kazakhstan 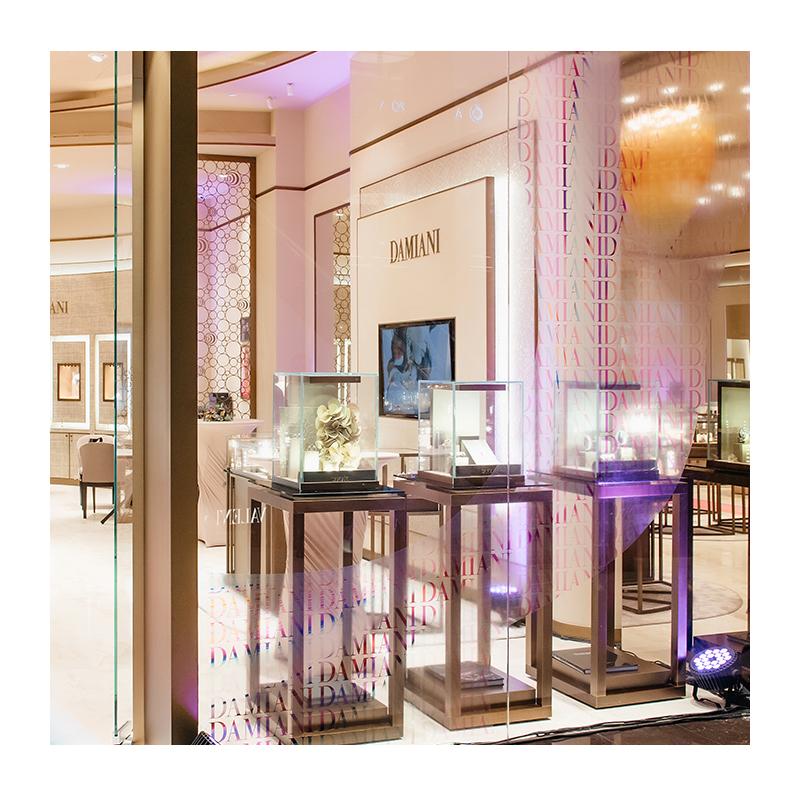 Damiani has recently celebrated both the opening of the fifth Boutique in Kazakhstan in the exclusive Talan Gallery in Nur-Sultan and the Maison 95th Anniversary with a special event hosted by Damiani’s Vice President Giorgio Damiani, the new brand ambassador Madalina Ghenea and Mrs Zhanna Kan, Damiani’s permanent partner in Kazakhstan. The official ceremony of cutting the ribbon was followed by a gala-dinner in the high-end restaurant Selfie at the Ritz Carlton hotel. The Italian actress and Damiani brand-ambassador Madalina Ghenea was a special guest of the evening, she flew from Italy to celebrate together with Damiani loyal customers and friends another important milestone for the brand – 95th years anniversary. Guests were welcomed to an exclusive dinner with live performances and they had the chance to explore the new Boutique discovering Damiani’s precious creations. Also, on view for the occasion, was the limited edition of the Belle Époque Rainbow cross necklace, created to honour the Maison’s anniversary. #Damiani