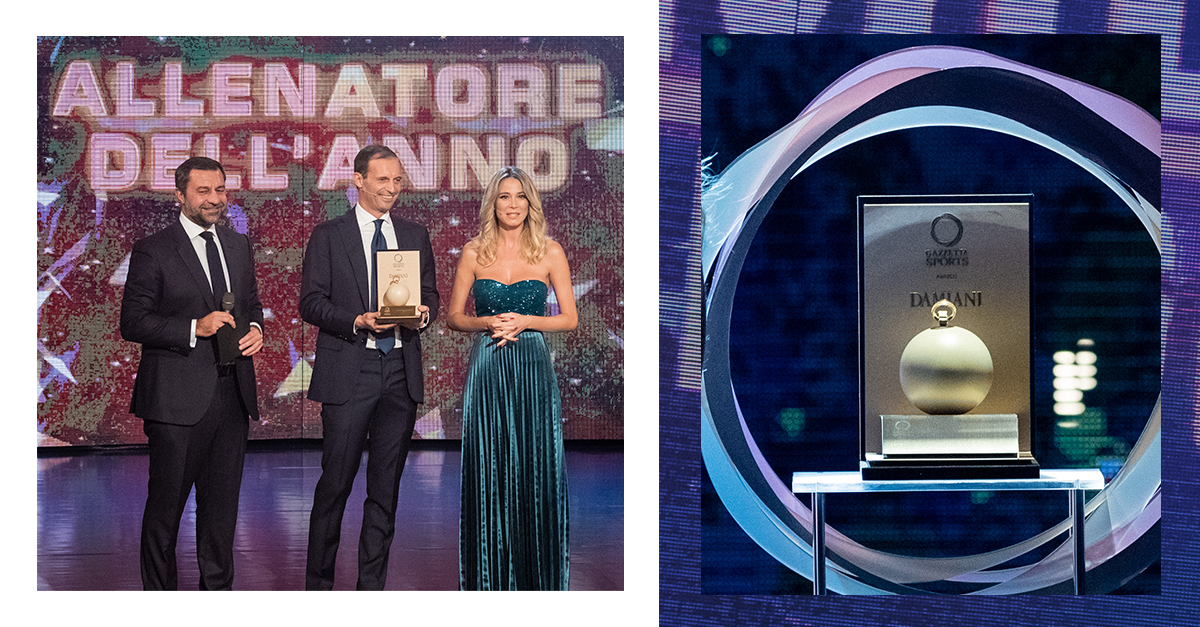 at this year’s edition of Gazzetta Sports Awards. The Maison designed the 2018 prize, taking inspiration from the iconic Metropolitan ring. Characterized by a captivating and modern design, Metropolitan Collection is the maximum expression of simple and refined contemporary taste. The prize design, inspired by the Olympic Games logo, is a ring composed by four circles made of gold that merge into a precious band. The ring is embellished by shining baguette-cut diamonds symbolizing those athletes whose strength empowered them to greater results. The Gazzetta Sports Awards is an annual celebration of Italian athletes who achieved remarkable results and distinguish themselves through demonstrated acts of sportsmanship and ethical behavior. Consisting of an elimination round and a final, 13 athletes have been selected and voted by “Gazzetta dello Sport” readers. The winners have been awarded during the Gala evening on Tuesday 4th December. Giorgio Damiani, Vice President of Damiani Group, attended the Gala evening and awarded Juventus Football Team coach Massimiliano Allegri as “Coach of the year” for his commitment, fair play and sportsmanship.