Guido Grassi Damiani has taken an institutional journey to Myanmar

You are here:
News & Media > Guido Grassi Damiani has taken an institutional journey to Myanmar

Guido Grassi Damiani has taken an institutional journey to Myanmar 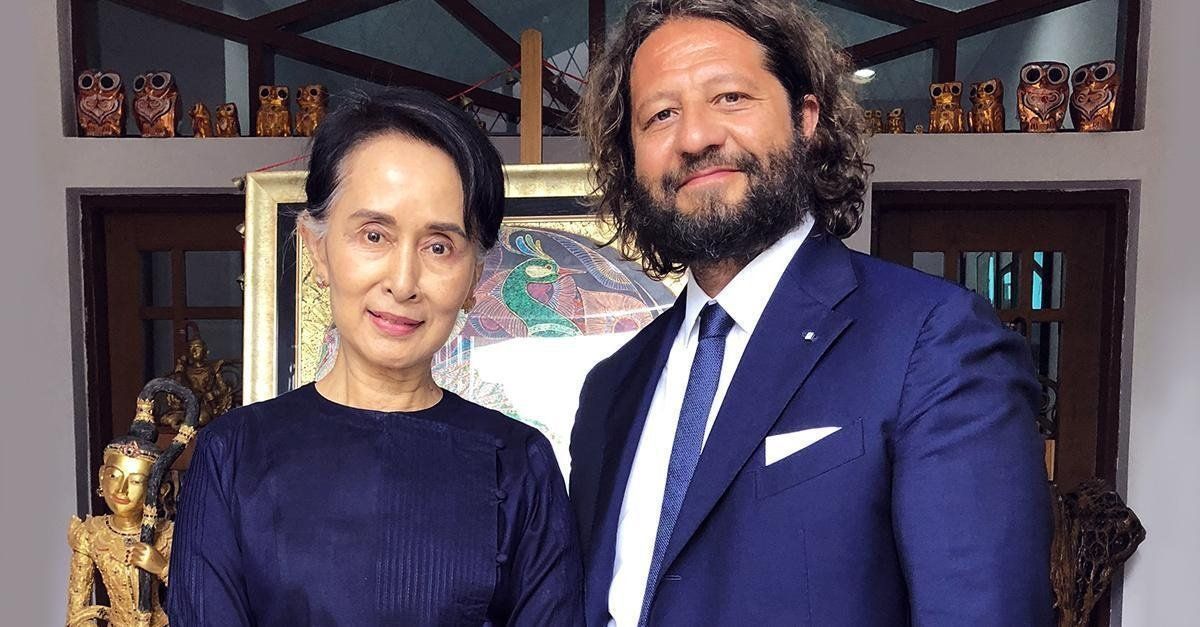 Guido Grassi Damiani, the President of the Damiani Group, has taken an institutional journey to Myanmar with the aim of ensuring a sustainable production process rooted in respect for people and the environment as the country is rich in gems such as rubies and sapphires of the highest quality, which the Damiani uses to create its splendid jewelry Masterpieces. Mr Damiani’s most important meeting with Aung San Suu Kyi, State Councillor of Myanmar, Minister of Foreign Affairs and Minister of the Office of the President, who was awarded the Nobel Peace Prize in 1991, led to a collaboration agreement between the Burmese political institutions and the Damiani Group. Damiani is investing increasingly in its corporate social responsibility, promoting a concept of contemporary luxury centred on first-class craftsmanship, creativity and ethics. “In order to ensure our strategies are fully compliant with this vision, I wanted to make sure in first person of the ethical nature of our creations, starting from the mining of gems,” commented Mr Damiani. Once again, the Damiani Group has demonstrated its openness to collaborate with the countries suppling the valuable raw materials required to produce it creations.