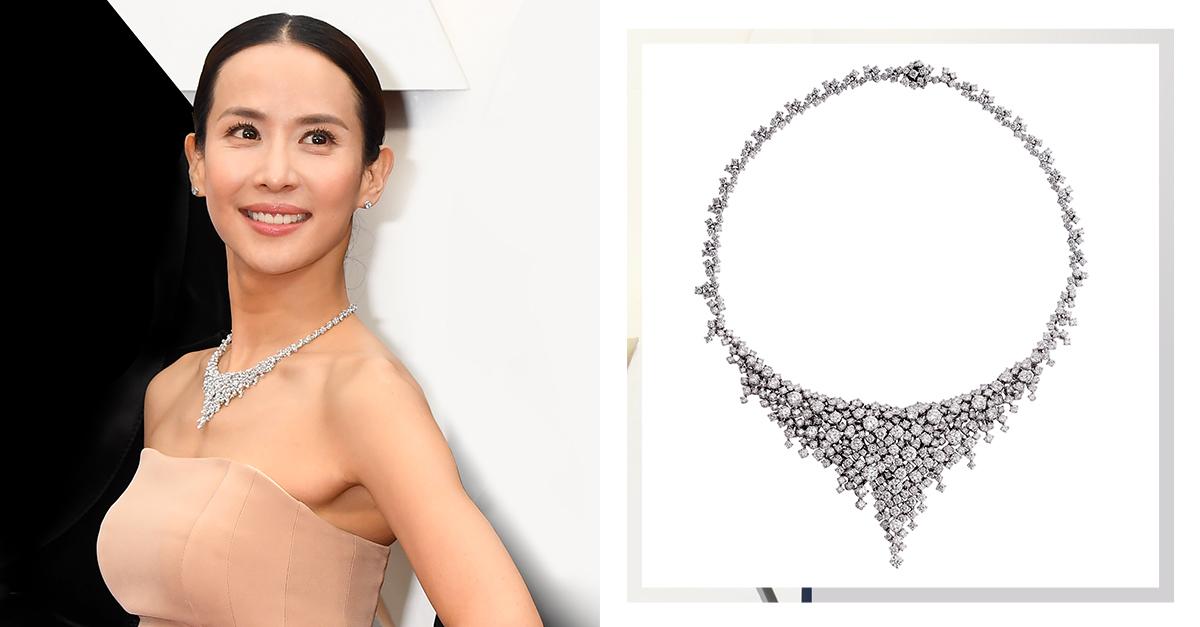 For the first time ever a non-English language film has won the best picture Oscar at the Academy Awards. On Sunday, “Parasite”, which was up for six awards during the evening, took home the top prize . The film also won the award for best international feature, best director and best original screenplay. For this special occasion the main actress of the movie Cho Yeo-Jeong wore the precious Mimosa necklace and ring in white gold and diamonds: inspired by the surprising harmony of the flower dedicated to the women, Mimosa reproduces the lightness of its buds with refined elegance. To finalize her look she has chosen a sparkling Notte Di San Lorenzo ring: the collection that celebrates the magic of a starry sky, the moment to make a wish and realise a dream. At the press conference, the star of ‘Parasite’ wore the Trame high-jewelry earrings together with a Mimosa watch. Over the past few decades, Damiani has expressed the quintessence of glamour through the creation of unique High Jewellery items adorning the greatest film stars like Sophia Loren, Brad Pitt, Sharon Stone, Gwyneth Paltrow and Tilda Swinton who won the Oscar wearing the stunning Damiani Sahara bracelet. #DamianiLovesCinema#Oscar2020