A STAMP TO CELEBRATE VENINI AND THE ICONIC “FAZZOLETTO”

You are here:
News & Media > A STAMP TO CELEBRATE VENINI AND THE ICONIC “FAZZOLETTO”

A STAMP TO CELEBRATE VENINI AND THE ICONIC “FAZZOLETTO” 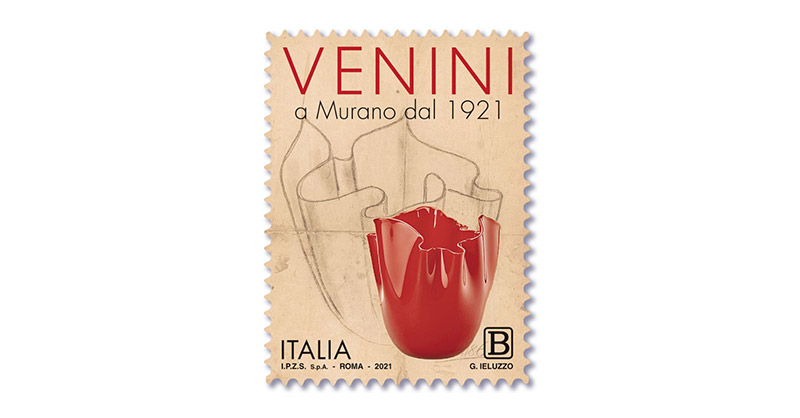 On the occasion of the centenary of the historic furnace VENINI, point of excellence of Made in Italy in the world, the Ministry of Economic Development has issued an exclusive stamp belonging to the thematic series “The Excellences of the productive and economic system”.

Founded in 1921 in Murano by the Milanese lawyer Paolo Venini and the Venetian antique dealer Giacomo Cappellin, VENINI is known worldwide for the artistic and cultural excellence of its creations. Since its foundation, master glassmakers have always been the heart, memory and strength of the furnace: in the world of glass there are no schools, only teachings that are handed down in words, gestures and with movements. These noble craftsmen dedicate much of their lives to the art of glass, perfecting more and more their skills, skills and abilities: their techniques express the rational soul of the works, the set of rules that make possible the transformation of an idea or a design into reality.

Glass culture, innovation and avant-garde. In the course of one hundred years of history, VENINI has succeeded in making this ancient culture dialogue with the creative inspiration of artists, designers and creatives: as you can well understand, the fascination of the furnace has always attracted talents and creatives from all over the world giving them the desire and the freedom to express themselves and tell each other. This meeting of excellence gave rise to an artistic production particularly rich in style, forms and expressive languages.

The vignette of the sought-after stamp, made by Gaetano Ieluzzo, reproduces the “Fazzoletto”, one of the symbols of Venini: a work in Murano glass, blown and handmade, created in 1948 by Fulvio Bianconi and Paolo Venini, loved by design enthusiasts and exhibited in many museums around the world (including the Museum of Modern Art in New York). On the background of the image is reproduced the historical drawing of the work kept in the Venini Museum of Murano. At the top is the logo of the company Venini revisited in monochrome version just for the centenary. The stamp is completed by the legend “A MURANO DAL 1921”, the inscription “ITALIA” and the tariff indication “B”.